From Rust to Green

From Rust to Green

Two projects to give abandoned well sites a green new life have been completed.  Everyone here at Iron & Earth is excited to see how we can support communities to act locally to solve a problem found across Alberta. 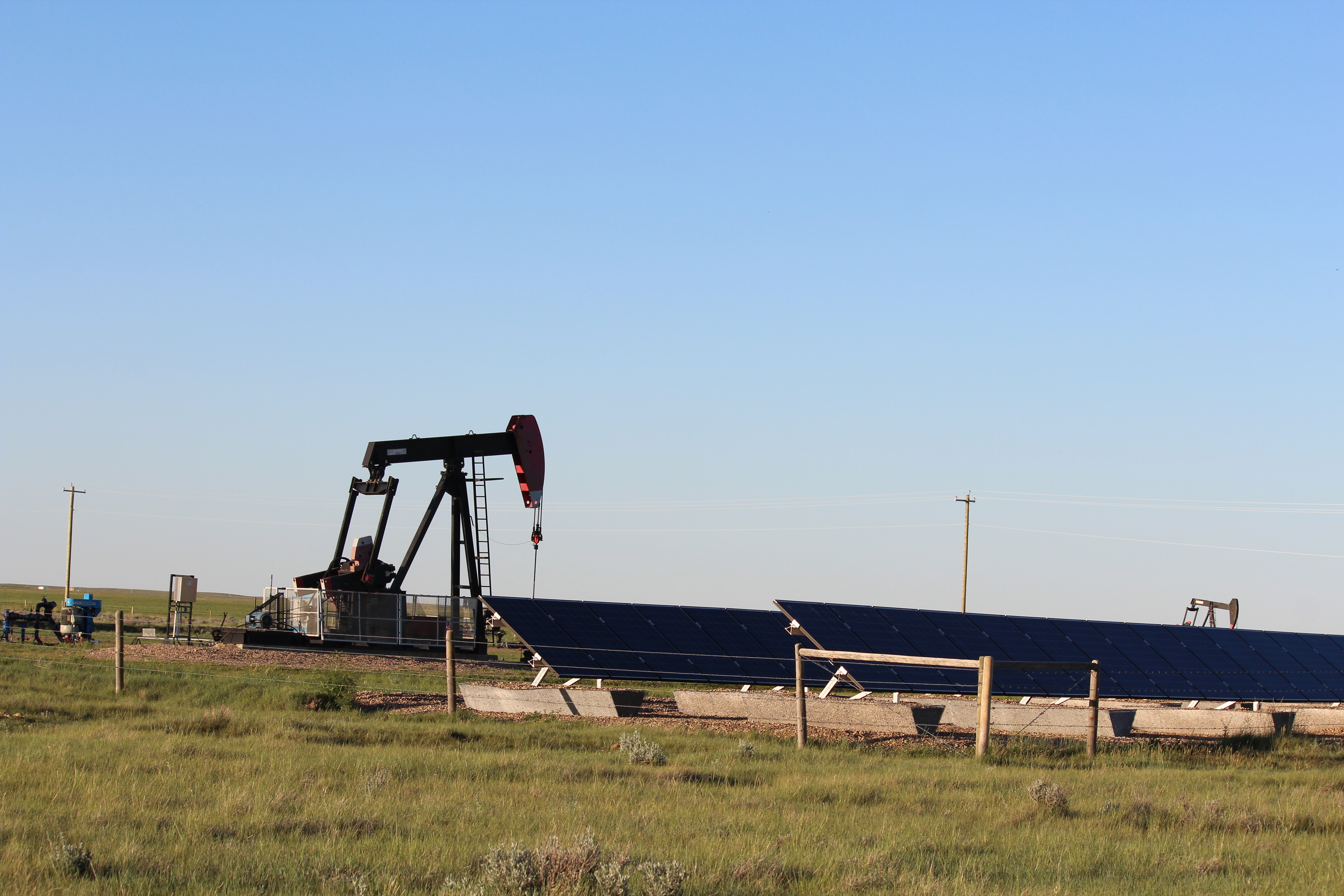 It is on the minds of many Canadians today – especially those who drive through rural areas and see abandoned oil well sites. What to do with orphaned wells at a local level and in a cost-effective manner as many of these sites cannot be easily reclaimed as productive agricultural land. The sites do however, come complete with construction pads, road access, and power lines. Keith Hirsche of RenuWell Energy Solutions reasoned that instead of removing the roads and power lines during well reclamation, these pieces of infrastructure can stay in place and be part of something new. And with an abundance of sunshine in southern Alberta, something new could be the generation of solar power.

A solar power generation site is beneficial to landowners through continued lease revenue, to municipalities by providing ongoing property taxes, oil and gas operators by reducing lease closure costs, and to solar developers by providing land for project development. The electricity generated can be used directly for agricultural uses such as powering irrigation systems, or sent into the existing electricity grid.

With funding from the Municipal Climate Change Action Centre and in collaboration with Alberta's Medicine Hat College, Iron & Earth developed the RenuWell Workforce Training Program with support from solar energy and wellsite closure experts. During the course of this 10-day program, fossil fuel workers and Indigenous workers learn the basics of well site closure and solar technology to prepare them for work on transforming well sites.

With support of key project partners including the MD of Taber, SkyFire Energy, the Irrigation Canal Power Co-op, Canadian Solar, and RenuWell Energy Solutions, two RenuWell pilot projects have been constructed in the MD of Taber. They are the first of their kind to repurpose abandoned well sites and support workers who want to transition into renewable energy.

Shawn Hubbard, one of the training participants said, “I’ve been following Iron & Earth for a little while because they are transitioning from oil and gas to solar and I'm interested in moving my career into solar. That's why I signed up, because it's a new direction. Oil and gas has been in decline in this area and I'm excited because it's a new industry and it's growing fast.”

The pilot solar installations did not take any agricultural land out of production and gave something back to the community that would last generations. If we could use just 10% of abandoned wells across Alberta for similar projects, we would have the land needed for 6,200 MW of solar energy development. That is enough renewable energy to meet the Government of Alberta’s 2030 goals or enough electricity for about 1 million Alberta households. All without removing additional land from agriculture or other high value ecosystems such as native grasslands.

David Restoule is with Medicine Hat College and was involved in RenuWell as an instructor in Cross-Cultural Awareness. As you will hear from him and others in this video, we can effect change in a positive way towards net zero, reduce emissions, and have less impact on Mother Earth.

The next step for Iron & Earth is to raise national awareness of the idea and work with other communities interested in developing similar projects of their own.

→ Next post: Personalizing the conversations around climate change and energy transition
← Previous post: Leading Voices from the Energy Industry: Closer to home than you think