Oilpatch workers have a plan, but Ottawa needs to act - Stand with oil sands workers calling for renewable energy

Oilpatch workers have a plan, but Ottawa needs to act

Oilpatch workers have a plan, but Ottawa needs to act 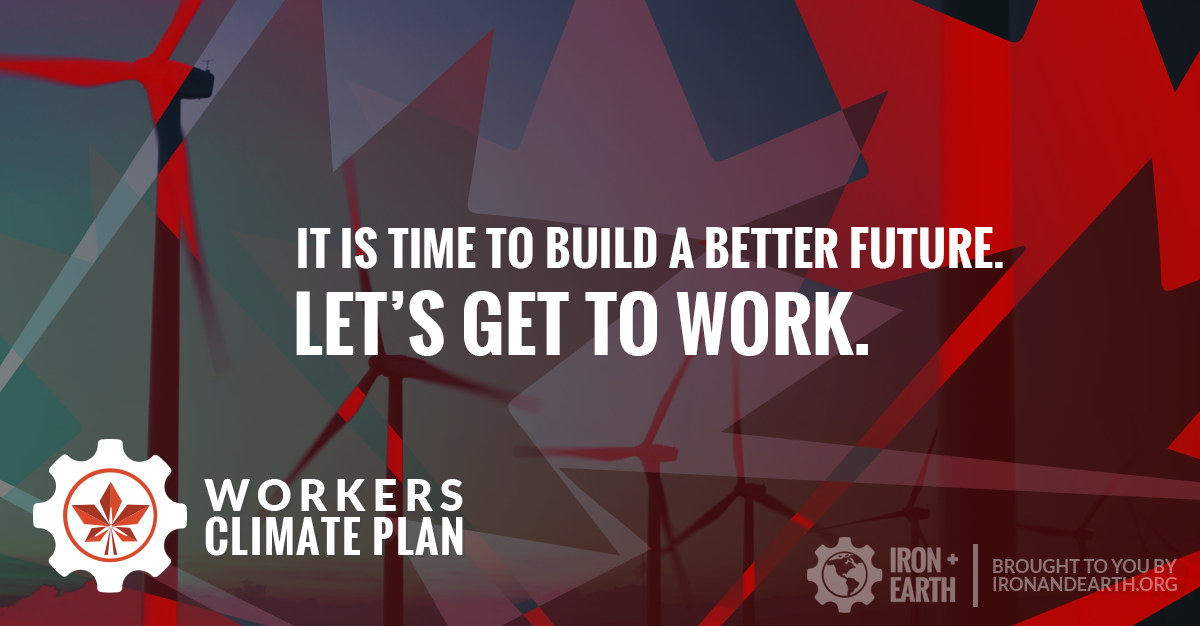 EDMONTON — A group of oil-and-gas workers has a plan to create job opportunities and retrain workers for clean energy projects, and they are calling on the federal government to step up.

The Workers’ Climate Plan was released today by Iron & Earth after four months of consultations with workers and industry. The tangible four-point plan stands in contrast to recent publicity stunts involving “roughneck” workers on Parliament Hill.

“This isn’t about taking jobs away from people, this is about opening up sustainable opportunities for skilled workers so their families can thrive,” said Lliam Hildebrand, executive director of Iron & Earth. “We’re giving a voice to real oil and gas workers who deserve a say in these issues and who want a better future.”

“Workers deserve something sustainable, so we don’t find ourselves in this boom-and-bust mess ever again,” said Kerry Oxford, mechanical engineering technologist and member of Iron & Earth. “That’s why we’re taking time out of our lives to work on this problem together. That’s why we spent four months talking with colleagues, coming up with a plan that works for the long term.”

Iron & Earth released the plan at a solar panel installation training facility in Edmonton — the kind of place where tradespeople and skilled labourers could find new opportunities in the energy transition. Making the switch is possible: of the energy workers surveyed for the Workers’ Climate Plan, the overwhelming majority say they could switch to renewable energy projects with minimal retraining, or sometimes no retraining at all.

The Workers’ Climate Plan identifies the four most important needs the government must address:

A draft of the plan was sent to the federal government during its climate change consultations in September. They’re asking the government to address their four-point plan in the federal climate strategy to be released in early December.

Iron & Earth has also submitted the Solar Skills proposal  to upskill 1,000 tradespeople for renewable energy jobs. The initiative would give them the skills to work on solar, energy efficiency and electrical vehicle installation projects. As these industries grow, out-of-work tradespeople are looking for help to make a transition.

The full Workers’ Climate Plan is available for download as a report (PDF) along with a brief media summary (PDF):

Iron & Earth is led by oilsands workers committed to incorporating more renewable energy projects into their work scope. The group came together during the spring of 2015 when oil prices started to fall, and is pushing for investments in green energy and re-training in renewables. Our membership continues to grow and includes workers from a variety of industrial trades, including boilermakers, electricians, pipefitters, ironworkers and labourers. We want to see workers and families thrive. We want the green energy revolution to bring us closer to financial security and our climate targets — all at the same time.