Oilsands workers know how to lead the way on climate change

Oilsands workers know how to lead the way on climate change 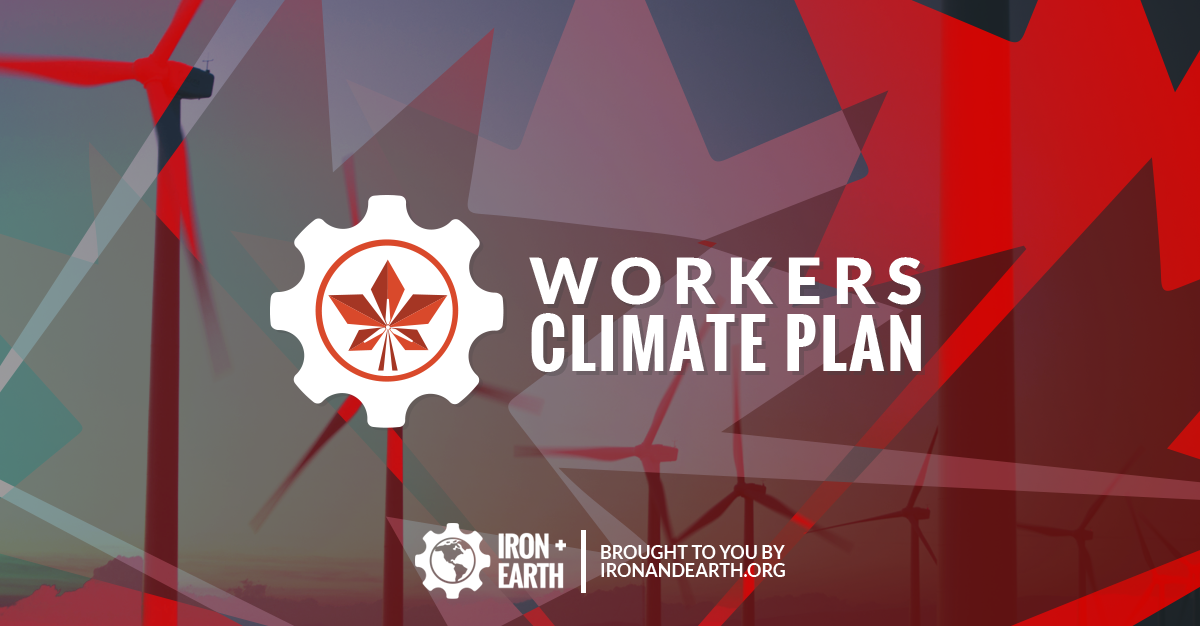 The last few years have seen increasingly bitter arguments over large-scale resource projects in Canada. While debate is necessary, it doesn’t have to divide and polarize our country. As we look ahead, one thing is certain...

Canada needs to come together around a national climate strategy that unites people and drives growth in a new energy economy.

Many oilsands workers like myself are concerned about the environmental impact of fossil fuel development — but we’re also concerned about the jobs lost by not building these projects. We face a difficult situation, and don’t want to be yet another example of a Canadian workforce which failed to proactively adapt to a changing world.

That challenge inspired us, a group of oilsands workers, to establish Iron and Earth. We want our voices heard in this debate. We want good-paying jobs that will allow us to care for our families. But we also want to feel pride in the work we do, and to know that our daily actions aren’t contributing to a climate crisis that could dramatically alter the world our children inherit.

That's why Iron and Earth has launched the Workers Climate Plan, a step towards finding common ground and preparing our country for the future.

Whether we build new pipelines or not, our industry faces increasing uncertainty. A report by Policy Horizons Canada, a government think-tank that provides advice to federal bureaucrats, describes the plummeting cost of renewable energy. It concludes that "it is increasingly plausible to foresee a future in which cheap renewable electricity becomes the world's primary power source and fossil fuels are relegated to a minority status."

As we face mounting job losses in the oil and gas sector — with 40,000 lost in 2015 alone — and uncertain international markets, it’s prudent to invest in the future by training existing industrial trades workers to capitalize on this global shift.

You can increase involvement in a plan to build a bold new future for Canada and its energy workforce.

Share the #WorkersClimatePlan with your friends, family,  and colleagues and help provide real solutions to combat climate change.

Siemens Canada has stated that new energy policies in Alberta and Saskatchewan will generate up to $50 billion in renewable energy investments over the next 14 years, in those two provinces alone. However, many of those dollars will flow to countries with more established renewable energy industries if Canada fails to expand our own. As Ontario and Quebec learned the hard way, these industries need to be developed proactively to ensure our manufacturing sector is competitive with overseas companies.

Large-scale renewable energy projects will not begin construction in Alberta and Saskatchewan until 2018. That gives us a brief window to build up our workforce and manufacturing sector in preparation for this next employment boom. Through fossil fuel development, Alberta has built a powerful workforce of industrial engineers, tradespeople, contractors and manufacturers — all of whom can adapt their skills to be competitive in emerging energy markets.

Under previous governments, Canada and Alberta largely failed to develop our renewable energy industry. There is no more time to waste. If we move fast, we have an opportunity to position Canada as a leader in this new energy market, while providing our skilled workers with jobs now and for decades to come.

Through our “solar skills” campaign, Iron and Earth is already preparing to retrain 1,000 unemployed oil-and-gas workers to install solar panels and conduct energy retrofits, but that’s just the beginning.

The Workers Climate Plan will be shaped by ideas from workers, and it will focus on the question of how to address climate change without leaving energy-sector workers, and their families, to fend for themselves.

The future of energy is renewable, and as energy-sector workers we want Canada to lead this transition, not lag behind. If our governments listen to the voices of workers and include our concerns in their climate change strategies, we can avoid divisive debates and get to work transforming Canada into a true energy superpower for the 21st century.

And after all, isn’t that what we all want?

Lliam Hildebrand is the executive director of Iron and Earth, an initiative led by oilsands workers committed to building Canada's energy future.