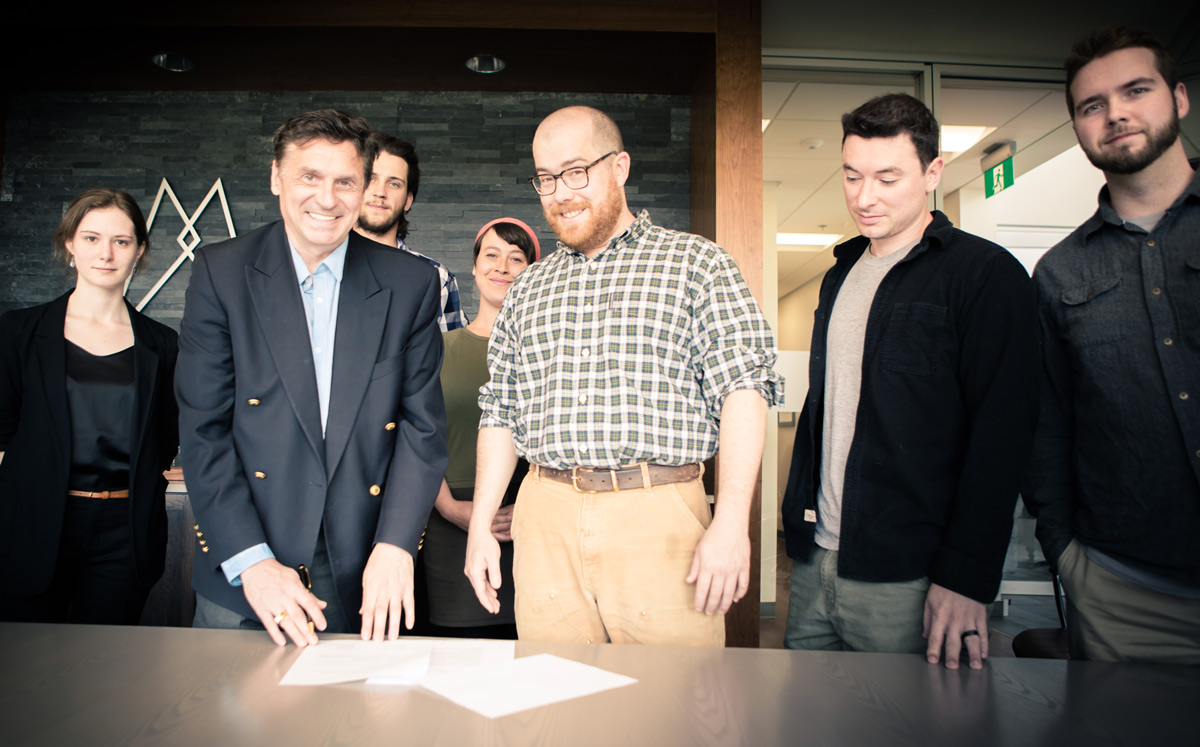 Beothuk Energy Inc. (“BEI”) and Iron & Earth (“I&E”) are pleased to announce the signing of a Memorandum of Understanding (“MoU”) reflecting their shared interests in offshore wind energy development across the Atlantic region.

BEI proposing six offshore wind farms in Atlantic Canada with a combined 4000+ MW of clean, green, renewable power. I&E is a worker-led group that began operations when oil prices turned lower in 2015. Their mandate is to provide oil and gas workers with the training and opportunities needed to transition into renewable, clean energy sectors. I&E represent a workers’ movement in action against climate change. BEI has identified the under-utilized skilled labour in the Atlantic region, largely drawn from the existing oil and gas sector, as significant to their strategy. This partnership with I&E is expected to further facilitate the apprenticeships and retraining necessary for oil and gas workers to move into the offshore wind sector.

“When the labour market recognizes a global shift, and becomes a first mover, it sends a strong signal to Canadians, to government, to industry. It’s a movement from blue-collar to green-collar,” said Kirby Mercer, Chairman and CEO of BEI. 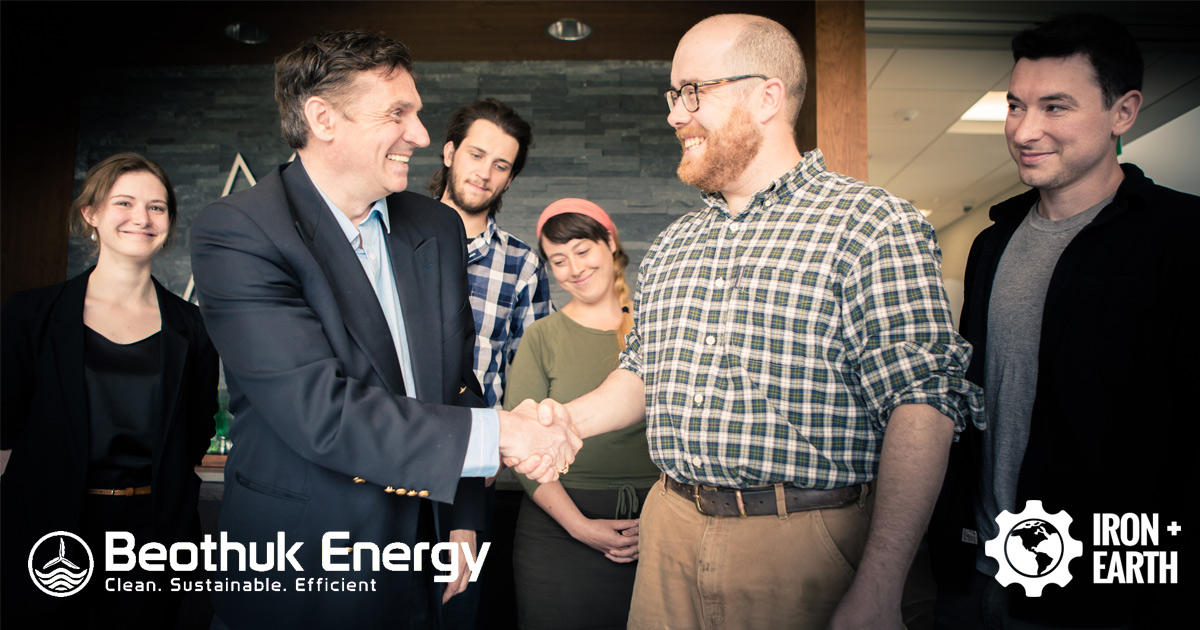 The purpose of the MoU reflects the opportunities to be found in “the supply and operation” of BEI’s projects in order to “maximize the benefits” from all aspects of BEI’s business to I&E’s members. Both parties have paid close attention to an industry shift from oil and gas into offshore wind in Europe, which has included displaced, skilled oil and gas workers, related supply chain industries, and executives at all levels. “As oil and gas workers concerned about climate change, this project represents exactly the kind of employment we are seeking. We have the hands-on sills needed to install this infrastructure,” said Adam Cormier, East Coast director of I&E.

As governments continue to legislate reductions in carbon emissions, fossil-fuel workers need somewhere to go. The migration of workers from carbon-based energy to clean offshore wind is expected to continue across North America. BEI adopted a local preference policy early in its development, and continues to disclose its plans by working with interested groups and maintaining community engagement.

The signing of this MoU occurred shortly after recent statements made by Prime Minister Trudeau, President Obama, and President Nieto at the North American Leaders’ Summit. The statements concerned the three countries’ continental response to climate change, statements which bolstered the spirits of members of the renewable energy sectors of North America. Commitments made by the ‘three amigos’ include 50% clean energy by 2025 and support for cross-border transmission projects, both of which are of particular interest to BEI, which intends to produce power both for domestic use and for export markets.

As BEI expects to create approximately 10 jobs for each MW produced and has stated the combined power of all the Atlantic Canadian projects totals 4000+ MW, the projects have the potential to dramatically change the face of the energy industry and especially employment in this part of the continent. I&E has identified the employment opportunities promised by BEI’s projects, and both groups are keen to explore the synergies between the offshore oil and gas and offshore wind sectors.

Help us Build a Better Future by participating in our #WorkersClimatePlan

If you think we need more partnerships between green energy innovators and oil workers looking to apply their skillsets in renewables, help us out by taking part at WorkersClimatePlan.ca