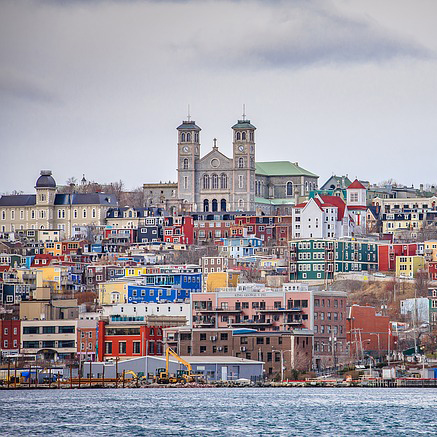 Iron & Earth East is the Atlantic Canadian chapter of our organization, headquartered in St. John's, Newfoundland and Labrador.

Canada's east coast offers some of the greatest renewable energy resources in North America. While some progress is being made, we have a long way yet to go in developing this resource and building our work force to its full potential. With recent successes, such as the implementation of a net-metering program in Newfoundland, we are energized to keep the momentum going. Iron & Earth East is launching a number of green energy initiatives to showcase the provinces renewable energy resources, including the 365 Greenhouse, the first Atlantic Canadian Solar Skills project, and the province-wide Speaker Series. If you live in one of the other Atlantic provinces and would be interested in bringing green energy jobs to your tradespeople please get in touch with us!